You are here: Home / School Visits 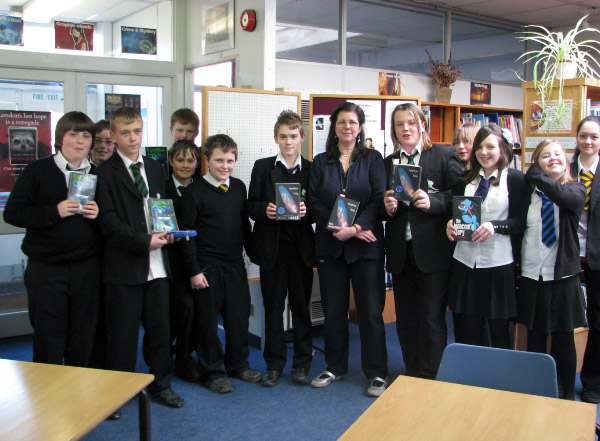 Nicky is comfortable giving small creative writing workshops for 15 or talking to 250 people. She will always tailor her presentation to the needs of the group that invites her and she is happy to talk about her novels, the creative process in general (particularly the importance of story), plus her adaptations for screen, theatre and opera.

Most talks are 50-60 mins long and include time for Q&A.  Nicky prefers creative writing workshops to be a minimum of one and a half hours – with breaks as necessary.

Ideas and How you Get Them – The inspiration behind Feather Boy (Nicky really did go in that spooky house….) and/or The Flask (what magical thing is in this bottle?) and/or Island (the true tale of erupting graves on the Canadian island of Herschel…).
The Feather Boy talk includes clips from the BAFTA award winning BBC film of the book, which highlights how things change from page to stage/film. The Island talk includes discussion of climate change and man’s responsibility in nature, with stills from the National Theatre production and a soundtrack of marine creatures under threat.

Book talks centred around Nicky’s YA books
GemX (a love story for the genetically modified…);
The Innocent’s Story (what would drive someone to be a suicide bomber?);
or Knight Crew (a re-telling of the King Arthur legend set in contemporary gangland).

Knight Crew was made into an opera premiered at Glyndebourne. Knight Crew talks can include clips from the film of the show. Most teenagers find this considerably more interesting than they thought they would! 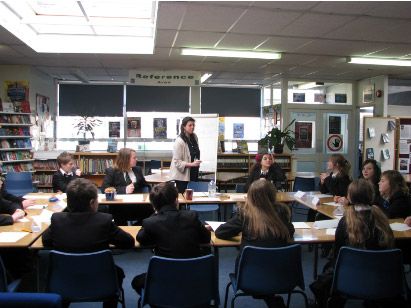 The ideal workshop number (where I can actually give individual attention to every student) is 20 or fewer. It remains pretty successful (less attention but good results) up to about 25 max.

I can just deliver the hour ‘tool kit’ session to larger groups, but prefer not to because it’s only in the actual writing (and the editing of that writing – which is actually most of what a real writer does) that the students really begin to understand how make and evaluate work.

Making fiction from your own life. We storyboard (as in sections 2-4 above) and I try to pull out the ‘tool kit’ stuff as we go. Suitable for larger groups and where time is limited to an hour.

1. Book signing. In conjunction with a local bookshop or Nicky will bring a suitcase of books and provide a template letter to go to parents in advance.

2. Interview. Nicky is happy to give any budding school journalists an interview.

3. Meet the Book Club. Nicky is happy to host an informal question/answer session with a small group of librarians, bookworms etc.

4. Careers Talk. As well as being a writer Nicky has worked in publishing, the arts and television. Jobs have included: Associate Director of Talks at ICA; Co-founder and Co-Director of Performing Arts Labs (a charity dedicated to training writers for stage, screen and opera); researcher for Channel 4’s VOICES programme and on-screen presenter for BBC2’s documentary series LABOURS OF EVE. A talk about how to make a life in writing and the arts. 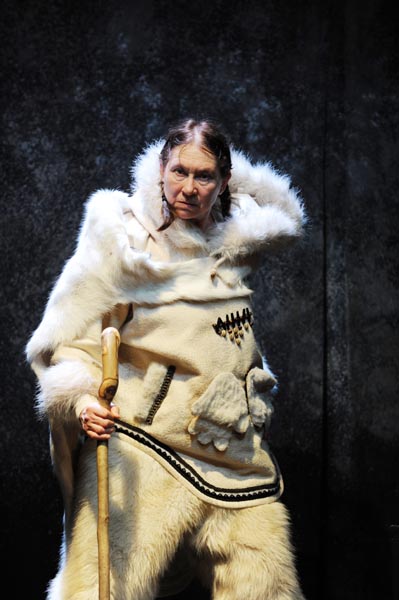 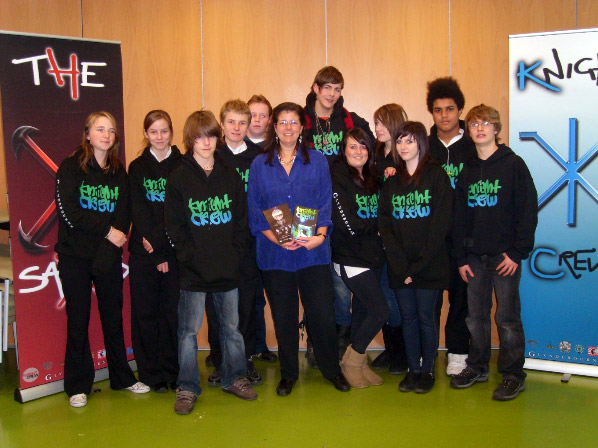